Magnan Projects is pleased to present Scapes, the first New York solo show for Clive Murphy on view from May 10th – June 16th, 2007.  The opening reception will feature an inflatable Bouncy Castle in the Gallery Courtyard, inviting guests to interact with one another and the fetishistic structure.

Scapes encompasses the breadth of Murphy’s artistic vision.  Draftsmanship, syntax, language, graphics and the deconstructive nature of drawings are all present in Murphy’s intelligent and poetically humorous works.

Visitors will be met by a sparkling sign above the gallery door asking “What About Me?” (Aluminum discs hand punched out of beer cans).  Referencing mid-America biblical rhetoric, the sign manipulates and upsets the basic mechanics within the syntax of a commercial message, allowing open-ended interpretations.  Inside the gallery, the viewer is further challenged:  appropriated cardboard boxes are turned into hybrid objects; discarded audio cassette tapes function as anthropological landscapes, porn-spam text is burned into the wall by strike anywhere matches, and outside in the courtyard a black Bouncy Castle mimics Modernist aesthetics.

His methodology centers around the expansion and abstraction of the concept or genre of ‘landscape’ as it relates to environment in a cultural and semiological sense. And while the conscious embrace of low culture displays a debt to Pop Art it also points beyond this by illustrating relationships between Pop Art and landscape…

Murphy’s work has consistently engaged with questions concerning the individual’s position within the sheer mass of information facing us, the gravitational pull of these signifiers and sites of meaning, and the way in which the individual’s relationship to their environment is colored, if not wholly determined by the social and cultural forces with which we may negotiate but rarely control. Yet despite these sources of alienation, Murphy displays no resignation. His work precisely embodies a negotiation with these cultural forces, a negotiation that, despite the seriousness of Murphy’s intent, is shot through with a playfulness that creates a space for reconfigured modes of interaction and new possibilities of artistic experience.”

Clive Murphy was born in Ireland and received both his B.A. and M.F.A. from the University of Ulster, Belfast.  He has exhibited extensively abroad including Berlin, London, Prague, Shanghai and Ireland.  Most recently, Murphy completed residencies at The Drawing Center, New York and Mercer Union Gallery in Toronto.  He has upcoming solo exhibitions scheduled in Belfast, London and Minneapolis as well as an international residency program at the Irish Museum of Modern Art in Dublin.   The artist currently resides in the New York area. 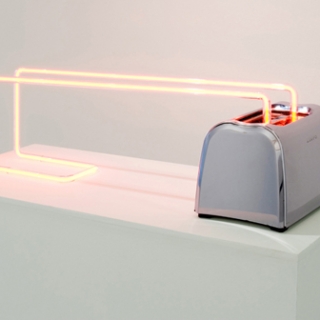