Sapele Hardwood and Mild steel base

The gallery is pleased to announce Origin Unknown (Africa), an exhibition of work by New York based South African artist Sean Slemon.  The Exhibition marks his third solo presentation at the gallery.  The artist will be present at the opening on Thursday, September 10th from 6-8pm.

Through a visual language that is intrinsically tied to the natural world, Slemon continues his exploration of the pervasive relationship between natural and man-made processes.  Slemon continuously returns to the transient properties of natural resources, predominantly in the landscape of his native South Africa.  These ideas are considered alongside the seemingly permanent human hold on the natural world, from the commercial trade of indigenous hardwoods to the global distribution of land.

Slemon’s interest in the commodification of the natural world is at once critical, yet also inquisitive.  He speculates on the interaction between humans and the spaces they inhabit, addressing this evolving relationship within a historical and geographical context.  Through a personal lens he explores how social, political and economic power continue to claim and distribute natural resources.  Drawing inspiration from urban development in Johannesburg, Slemon presents the results of feverish industrialization that has sacrificed elements of the natural environment in favor of the city’s growth.

The selection of work on show brings together the three mediums of etching, drawing and sculpture.  The processes are intermingled, with no single medium acting as the sole beginning or end point in his production.  Instead they act as cross-examinations of one another, establishing a coherence felt throughout the body of work.  Elegant, commanding sculptures that have been produced with indigenous African hardwood, obtained on the American market, are carved to capture the form of a shadow cast by the species of tree which the wood originates.  Acting as single embodiments of Slemon’s critique of this commodification, the materials are used to commemorate their origins while capturing this immaterial form.  While in residency at the Nirox Sculpture Park outside Johannesburg, Slemon selected indigenous African trees for the series of drawings, using soil taken on location in their production.  During his time in residence he also produced a suite of copperplate etchings and aquatints in conjunction with Jillian Ross and published with David Krut Publishing in Johannesburg.

Sean Slemon (b.1978) is a South African artist who lives and works in Brooklyn, New York. A graduate of the Skowhegan School of Painting and Sculpture with a Masters in Fine Arts from Pratt Institute, Brooklyn, New York (2007); he is also a 2005 recipient of the prestigious Sasol New Signatures Award. He obtained his undergraduate degree from The University of Cape Town, Michaelis School of Fine Arts (2001). His recent group and solo exhibitions include Empire at Everard Read in Cape Town (2015) and The Winter Sculpture Fair, Nirox Sculpture Park (2015). In 2014 he was commissioned to produce a public piece for the First National Bank Headquarters in Johannesburg, South Africa. He has been shown internationally in the US, Italy, and South Africa.

Origin Unknown (Africa) will be on view from September 10 to November 7, 2015. The opening reception will be held on Thursday, September 10th from 6-8pm. Gallery hours are Tuesday – Saturday, 10am – 6pm.

Please contact the gallery for additional images and information at 212-244-2344 or info@magnanmetz.com . 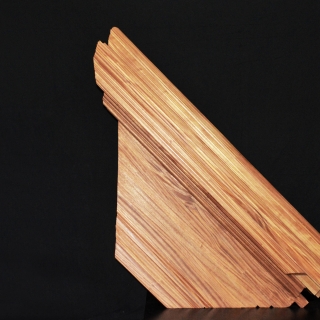